Acquisition for Talent – The Death of Innovation?

Acquisitions of startups for their talent has become commonplace over the last few years.

Often, the consequences of a startup’s acquisition for talent is that the founding vision or concept is hijacked, altered to fit the goals of the acquirer or abandoned all together.

As the trend to acquire startups for talent continues, it is important to raise the question, does this hurt innovation?

When a company is acquired for talent, their technology, product or service is probably going to be killed or somehow integrated by their acquirers.

Let’s look at the recent acquisitions by Twitter to gain additional insight into the impact of acquisitions for talent on new and innovative technology. 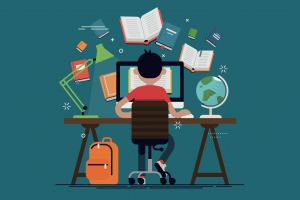 With $1.16 billion in funding to date, Twitter has been on a buying spree for the last few years. Their acquisitions in 2012 already include Summify, Dasient and Posterous. Over the last few years they have also acquired Summize, Mixer Labs, Cloudhopper, Dabble DB, TweetDeck, AdGrock, BackType, and others.

To better understand the impact of being acquired for talent, let’s examine what happened to a few of these startups.

Posterous is one of Twitter’s latest talent acquisitions. At the time of acquisition, Posterous was in its fifth year of operation and had just raised $10.1 million in funding.

Posterous’s Sachin Agarawal said when asked about the acquisition by Twitter,

According to the company, Posterous Spaces will continue to be available, but instructions have been made available to move to other services. From reviewing the publications from Posterous, it appears that they are urging people to move to another service.

When TweetDeck was acquired in 2011 many people feared the Twitter client would be shut down. There were calls within the TweetDeck development community to stop using their API in anticipation of Twitter’s take over.

Despite the acquisition, TweetDeck is still available. The team has continued to release updated versions of the Twitter client and still serves an impressive number of Twitter’s power users.

When Summify was acquired in early 2012 Twitter ended up relegating the product to be shut down. In an update to their community of users they announced their acquisition, Summify said,

After the acquisition was announced, Summify closed registrations and suggested that users move their accounts to another service in preparation for the termination of Summify’s service.

When you look at the consequences of acquisitions for talent by social media leader Twitter, it is clear that acquisitions are altering the course of innovative new startups. Unfortunately, most of the time, the acquired company shuts down its service or product, and shifts focus to helping support their acquirer’s growth by concentrating on their area of expertise. Another common outcome is that a service or product is shut down but integrated into the acquirer’s existing offering. When considering the impact of the trend for startups to be acquired for talent, it is important to consider the implications that has on innovation as well as disruptive ideas.

Would innovation increase and more disruptive technologies become available if less startups were acquired for talent?